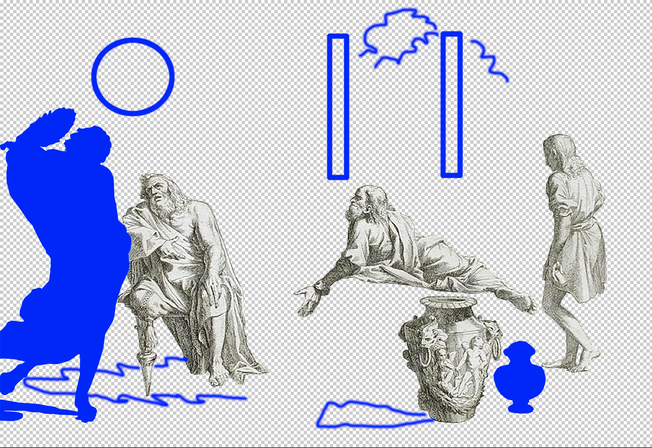 This recording is an institution.

This annunciation, originally found in the liner notes of Black Arts Movement founder Amiri Baraka’s album “It’s Nation Time,” is enough to gather the collectivities we will continue to call the institution into a single sentence and disperse them as an open form. Is the duration of the record, 40 minutes or so, the life of this institution, or is the duration the space of the sentence itself? Is it a permanent shift, the founding of a nation, or a nation-time we are newly able to enter? Is this text an institution and every reading a re-constitution of it? Is the institution the instrument, in other words, or the performance of the instrument? We take it up and set it down again; it is a mode we must practice.

Baraka opens up the idea of the institution, while stripping away its sedimentations as the object of our critique, to become the instrument of not just critique, but creation - as forceful as a secession, an announcement of a new nation out of this present state. It's Nation Time and this is an institution. The violence of the time has arrived, and along with it the urgency of action. In this mode we gather to propose prefigurative institutions, forms able to re-envision worlds around them.

Prefigurative practices in general - coming out of autonomous politics first - assume that the form of one's organizing must be inseparable from the eventual goal. In other words, if we create a structure based on individual competition and success, or one of horizontal power and shared resources, of justice and love, we are also "instituting" that in the world. The structure manifests something that we believe as well as forwards a kind of ideology. The forms we adopt as institutions, or those we agree to participate in, speak to the assumptions we have about the world. In discussing institutional forms and futures, we are equally considering the form and futures of a world in light of our present crises.

Plato's Symposium begins with a meeting on the street. An unnamed companion asks Apollodorus to recount what had been discussed, by then already a rumor and a referent. Quoting from the intro to the text, he asks: "And first tell me, he said, were you present at this meeting? Who, if not you, should be the reporter of the words of your friend?" As we begin our collective conversation, we acknowledge that we are concurrently the institution, the friend, and the reporter (or critic) to translate these words outward from here. As the friend and the critic coalesce into an institution, we could propose - as Plato’s interlocutors did - that love is the under-theorized force animating our actions. Love is the basis of our organizing and an end to the work.

The future of the institution requires an orientation towards love in its fullest form – that is to say, a love which also accounts for justice. Far from a passive position, to care for a friend - or to care [curate] for the institution – requires a stance not just for the friend, but against that which harms them. We organize in and against systems that have failed us; to envision a world differently is inherently oppositional. However, rather than maintaining the reduced stance of institutional critique, these prefigurative practices critique through building, creating sites of creation, circulation and exchange that materially alter the situation for those involved.

In a section of a parallel text, The Republic, Plato argues that rather than bringing harm to those we oppose, critique is intent on making them more just. Even in our resistance, or the most forceful criticism, our opposition is also centered on care, or love, or justice – the most neglected gods of our pantheons. Later in this same exchange, Plato goes on to expand this concept, proposing a consideration of "an art of justice." We can consider in our own time what an art of and around justice may be. This art, like any other, involves knowledge of one's material - here the forms of organizing the institution - and "an ability to achieve an intentional end." To go on, he says "as a builder, building a house...we must account for [our] actions as contributing to [our] ends." If our end is justice, what actions build towards this? How do we apply this lens to an object, an exhibition, or an institution? What forms must we inhabit?

Immediately following the US election in 2016, Sven Lutticken posted a quick essay on e-flux conversations entitled "A Matter of Form." In the essay, he proposes that "Now is the time to discuss form. In art, formal concerns are often considered as antithetical to the social and political, so at first this may seem like a bizarre statement considering present politics.” He goes on to state, "In [these crises] and against [them], we must maintain and create organizations that open up possibilities and form life differently...Below, besides, above and traversing the party level and that of the structures of education and the media, a multitude of social and organizational forms is possible and necessary...Some forms of success may be fatal, and some failures may be worthwhile. Some organizations may find it wise to remain somewhat formless, to avoid congealing into something with institutional traits and visibility. Which forms, or ways of avoiding or deforming form, are valid, and when?"

Here, we wish to engage in a formal consideration of the institution, each arguing for a new future made visible in our form. Returning to Plato’s Symposium: "Now actions vary according to the manner of their performance. Take, for example, that which we are now doing: drinking, singing and talking; these actions are not in themselves either good or evil, but they turn out in this or that way according to the mode of performing them." The mode we engage with these ideas is also a future of the institution: how we inhabit this table or this text; how we critique and what we defend; what kinds of control we require and why; who is allowed to speak and to whom. Which forms are valid and when is only the start. How it turns out depends on how we perform them.

In Behind Straight Curtains, Katarina Bonnevier proposes that “In any building activity, ideologies and norms are reiterated, but what I simultaneously want to bring into play is that this also works the other way around - subject positions are partly constructed through building activities.” Through this text, we arrive here, through curtains, to Louise Dany. In building institutions, we either reiterate inherited ideologies or construct others spatially, collectively and conceptually. The forms of our building reveal the marks of our ideologies and the ones we engage with likewise co-construct our own positions within them. We build the space even as it shapes us.

The space we are in presently is performing these functions on several levels: it is bringing us into a home, it is performing domestic labor, as well as hospitality (for Derrida, this means saying yes to whomever shows up and to give the new arrival all of one's home and oneself); it is proposing a new use of the home, one of collectivity or dispersal; it is withdrawn into the home, a mirrored storefront reflective of the street and repellent of it; it is a name properly given and a pseudonym (there are always names within names, spaces within spaces, nations within nations); it is the institution here, giving rise to an event; it is the event and the event is the institution. These terms are not commensurate but concentric.

We end (and simultaneously begin) the symposium with the word institute as a verb, an action. In this present tense, it proposes that we inaugurate, (a timely term), or establish, initiate, found, create, set up, start, form, organize, develop. We organize ourselves. We form and reform. We set up or are set up. Develop or devolve. We, finally, become institutions. To institute an idea is simultaneously to constitute, here meaning that we are “becoming part of a whole” - being both part and whole together. That “we give legal or constitutional form to (an institution) - we establish by law.” We “set up together;” we “combine to form a whole.”

To constitute is also to commission, as we have been in coming here. Commissioning a work is one meaning we understand, but to "commission" in other contexts is also to commit a crime. We trespass into new territories. We act with one another's mission, co-missioning. We are constituents – “part of a more complex form.” One with, to again quote the definition, “power to frame or alter a political constitution or fundamental law.” The institution, once stated, is never individual.

The question, then, is what are we doing when we propose prefigurative institutions? How do we become part of a more complex commission? How do we gather the power to alter a political constitution, which is simultaneously the “system of fundamental principles by which a state or body is governed” - the way a thing is composed - as well as the document disseminating these ideas? The way that we are composed is our constitution, our principles, made manifest. Our actions inscribe our names, our nations within nations. Are we not a collective state ourselves, here? We started by saying that this symposium is an institution. What is our constitution, our system by which we are governed? What are our principles? Can we institute our ideas outward into the world? Or - here we prefigure a world, re-presenting it for ourselves first, this figure appearing out of our collectivity and walking through the mirrored doorway and into the street, dispersing as a succession of institutions constructed towards new worlds.

This text was delivered as an introduction to open an experimental symposium modeled after Plato’s Symposium on love entitled Prefigurative Institutions at Louise Dany (Oslo) on 2/10/17.